On January 12th, 2005 as I prepared myself for my long day of meetings, I got a phone call. It was 7:30 and the strange number lighting up on my phone could mean nothing but bad news. I answered to hear a woman, a nurse, tell me that my husband had been admitted to the hospital. He had been hit in the face with the wench on his truck and while the scar was not bad, his blood pressure and insulin levels were dangerously high and they couldn’t release him. When they let me speak to him he sounded tired, but didn’t want me to come to the hospital “Go to work, I know you have a big meeting today” and like a dummy, I did. But once done I rushed to meet him at his doctors office. His insulin levels were still high, even after the hospital treatment and his Dr. drew blood and sent us home.

Two days later, we got the diagnosis, type 2 diabetes, and it hit us like a brick. We were only 30 years old, diabetes is an old people’s disease “the sugar” we thought. He seemed sad, I was more confused. We ate pretty healthy, we worked out…and then I had a revelation.  I ate healthy, he ate on the run because he was always in a truck. I worked out every morning, he was on a truck all night and fast asleep during the day. All the we was actually me but that was about to change.

I started reading everything I could about how to reverse this, it isn’t a disease that needs to kill you is what I could be heard saying ALL THE TIME! I cleaned out any junk food, I packed the house with loads of fresh foods and for a time it helped. And then it didn’t. Not because I stopped doing things but because HE wasn’t an active participant in his growth and health. He had to want to be better for him and on his terms, so I got back in my lane and let him. 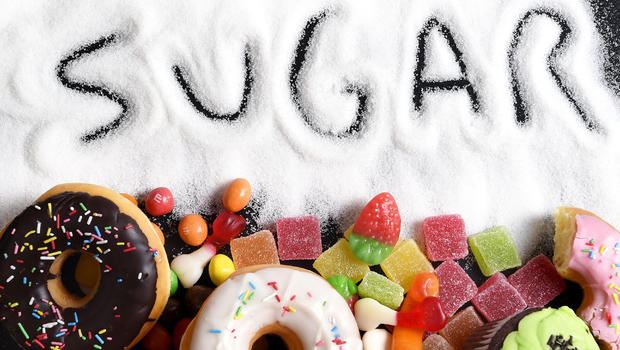 A few years later we were in a different place, we had a son, had just bought our first home and the stress of all of this was weighing heavy on us. He’d gained weight (I’d loss weight), he wasn’t sleeping, his bad habits, like actually grabbing a snickers bar, had returned and his A1c were at the highest they’d ever been. I was frustrated, angry and overwhelmed.  I didn’t know what else I could do because he was so damn stubborn.  A few weeks later Raquel introduced me to the PALEO lifestyle. I immediately went back to researching to see the effects of this lifestyle change and diabetes, there was so much promise. I went back to preparing meals and within a year not only had his numbers improved but he was sleeping better, craving less and off two of the six prescription medications.

It wasn’t a miracle, it was hard work. It was his dedication (fueled by my gavel swinging hand) that got him to this point. It has been 11 years, he’s seen spirals usually linked to stress, but he’s dedicated to being here for his family. And not letting this reversible disease take him from us too early.  This is one of the reasons we work so hard on food life balance with our #BabyGiants, because they are predisposed on both sides of their family tree and we hope they are never diagnosed.

To learn more about Diabetes and how you can control it, visit American Diabetes Association

If you’re living with diabetes and need assistance from a nutritional coach hit me up at info@baobabwellness.org and let’s get well.

It’s Just Me: Transitioning To Paleo Made Easy